Learning Center / Investing / Strategy / What is Cryptocurrency and How Does it Work? Part 1

What is Cryptocurrency and How Does it Work?: Part 1

What is cryptocurrency, how does it work, is it legal? In this series, we’ll break down (most) of the pressing questions you have about crypto! 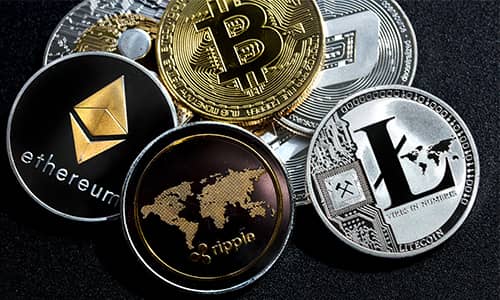 Cryptocurrency is a hot topic right now. While virtual currency existed in different forms since the 1980’s, it’s becoming more mainstream today. So what is cryptocurrency, how does it work, and is it legal?

Cryptocurrency is a type of currency that uses digital files as money. That seems easy enough, right? It’s decentralized, which means no one person or entity controls it. This type of currency is secured by cryptography, making it nearly impossible to counterfeit or double-spend. There are a few popular cryptocurrencies you might have heard of, like Bitcoin or Ethereum.

Many cryptocurrencies are decentralized networks based on blockchain technology. Blockchain is a ledger database, or record-keeping technology. These blockchains keep track of the existence of cryptocurrencies. It stores information differently than a typical database. Blockchains store data in blocks, and chains them together. Think about it like this: as new data enters, it goes into a block. When that block is filled up with data, it’s chained onto the previous block. So it stores the information chronologically, or in the right order. Since it’s decentralized, no one person or group has control over it, but rather all users collectively retain control. The data entered into blockchains is permanent and irreversible. For cryptocurrencies, this means transactions are permanently recorded and anyone can view it.

Is Cryptocurrency Legal or Safe?

Yes, crypto is both legal and secure. As mentioned earlier, cryptocurrencies are usually built on blockchain technology. Since these blockchains are decentralized and the information is added chronologically, it’s very difficult to alter the contents of a block unless the whole group agrees. Each block contains it’s own “hash,” which is a math function made of letters and numbers, a timestamp, and hash of the block before it. If any data were to change inside the block, the hash would change, too.

Why is that important to security? For instance, if a hacker tried to change the blockchain, and changed a single data block, it wouldn’t align with everyone else’s copy. Everyone else could cross-reference their own copies with each other, and would easily see it’s fraudulent. Cryptocurrencies face criticism for a few reasons, including illegal uses, exchange rate volatility, and infrastructure vulnerabilities. On the flip side, it receives credit for its portability, divisibility, inflation resistance, and transparency.

Where Did Cryptocurrencies Come From?

Ready for some interesting history about cryptocurrency’s beginning, and it’s contribution to electronic currency transfers?! Cryptocurrency existed as an idea way before any of the technology existed to build it. Crypto’s technical start dates back to the 1980’s. An American cryptographer named David Chaum invented an algorithm that web-based encryption uses today. The “blinding” algorithm provided secure, unalterable information to exchange between users. This paved the beginning of electronic currency transfers! Pretty cool, huh?

As the years progressed and electronic payment transfers evolved, a 2008 white paper published by Satoshi Nakamoto described the first modern cryptocurrency – bitcoin. In early 2009, Nakamoto released Bitcoin to the public. By 2010, other cryptocurrencies started appearing, as well as the first public trading of bitcoin.

As cryptocurrency continues to evolve into mainstream, a technology and financial services firm called NYDIG is creating a way for customers to buy and sell cryptocurrency through their existing bank accounts. Essentially, NYDIG would handle Bitcoin custody and trade execution, and the cryptocurrency is not FDIC-insured. Like with any new emerging technology or idea, it is still figuring out the details. As your financial partner, it’s our duty to keep you informed on emerging financial news, and how it might impact you one day.

The information provided in these articles is intended for informational purposes only. It is not to be construed as the opinion of Central Bancompany, Inc., and/or its affiliates and does not imply endorsement or support of any of the mentioned information, products, services, or providers. All information presented is without any representation, guaranty, or warranty regarding the accuracy, relevance, or completeness of the information.

Negative Employee Reviews and How They Affect Business

Child Tax Credit Changes: Here’s What You Need to Know

What are Retirement Basics and Where Should I Start?

What is Compound Interest and Why it’s Important

How Important is a Home Appraisal? What You Need to Know

If you want to buy or refinance your home, start with our Mortgage Center.

Discover a range of valuable financial topics in our Learning Center.

Can you afford that home? Or pay off that debt? Try one of our Financial Calculators.

Pay off debt or purchase that new auto with our flexible financing options.

Our credit cards are a tool that can help you manage your finances with awesome rewards!

Have a question? Check out our most frequently asked Online Banking questions.

If you have a complaint, question, or a compliment, we'd love to hear from you.

Send a message to customer support through our secure email channel.

Chat with a live representative to get answers without having to pick up the phone.

In the event of a lost or stolen card, contact us anytime day or night to avoid fraud.

Conveniently make your loan payment with a debit card or electronic check! Get started by clicking 'Continue' below¹.

¹ Additional service fee applies. By clicking 'Continue', you will leave our website and enter a site specific to making your loan payment via a debit card or electronic check.